The Town of Borden-Carleton has an immediate need of an Accounting & Administrative assistant If you have good accounting/bookkeeping skills and strong Excel skills email your resume to: This email address is being protected from spambots. You need JavaScript enabled to view it.

Public notice is hereby given to the electors of the TOWN of BORDEN-CARLETON that a Municipal By-Election will be held on MAY 10, 2021 to elect one (1) Councillor for the Town of Borden-Carleton for the term of office ending on December 6th 2022 The nomination period for the one vacant Councillor position commences on Wednesday April 14, 2021 at 9:00am and closes at 2:00 pm on Friday April 23, 2021.

Every candidate for the vacant seat on council must be nominated, in writing, by five (5) electors.

Nominations shall only be received during office hours at the election office.

A candidate must file their completed nomination paper at the election office with a Municipal Electoral Officer prior to the nomination deadline. There is a ten ($10) dollar nomination deposit payable at time of filing which is refundable to the candidate who receives the most votes in the by-election.

3. A resident of the Town for a period of six months preceding the date of the election.

Elector Information The deadline for correcting elector information shall be no later than 11:59 am on Tuesday, April 27, 2021.

3. Has been a resident of the province of PEI for a period of six months preceding the date of the election.;

4. Is ordinary resident of the Town on election day.

The Municipal Election Officer, JAMES WENTZELL, can be contacted (902) 437-2225 or by email at: This email address is being protected from spambots. You need JavaScript enabled to view it. 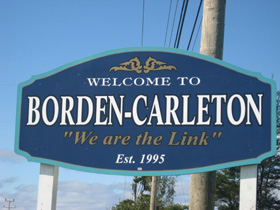 On behalf of Town Council members we would like to welcome you to The Town of Borden-Carleton, a small but beautiful place at the foot of the Confederation Bridge. The Community of Borden-Carleton was created as a result of the April 12, 1995 amalgamation of the Town of Borden and the Community of Carleton Siding, reverted back to Town status in 2012. The town covers a land area of 12.94 square km and had a population of 798 according to the 2006 Census of Canada.

In the 1820's, when the first Scottish settlers came, the community of Borden and surrounding area was known as Carleton Point. The community’s role as "Gateway" to the mainland was established in 1914 with Prince Edward Island’s new year-round rail service, which brought about the construction of piers for a ferry to the mainland. The first icebreaker crossed the Northumberland Strait in 1917 and Port Borden was incorporated in 1919, named for the Canadian Prime Minister of the day, Sir Robert Borden. The town was built around the ferry service, which provided employment to residents. The construction and subsequent opening, in 1997, of the Confederation Bridge linking Prince Edward Island with the mainland, marks the beginning of a new era for Borden-Carleton. 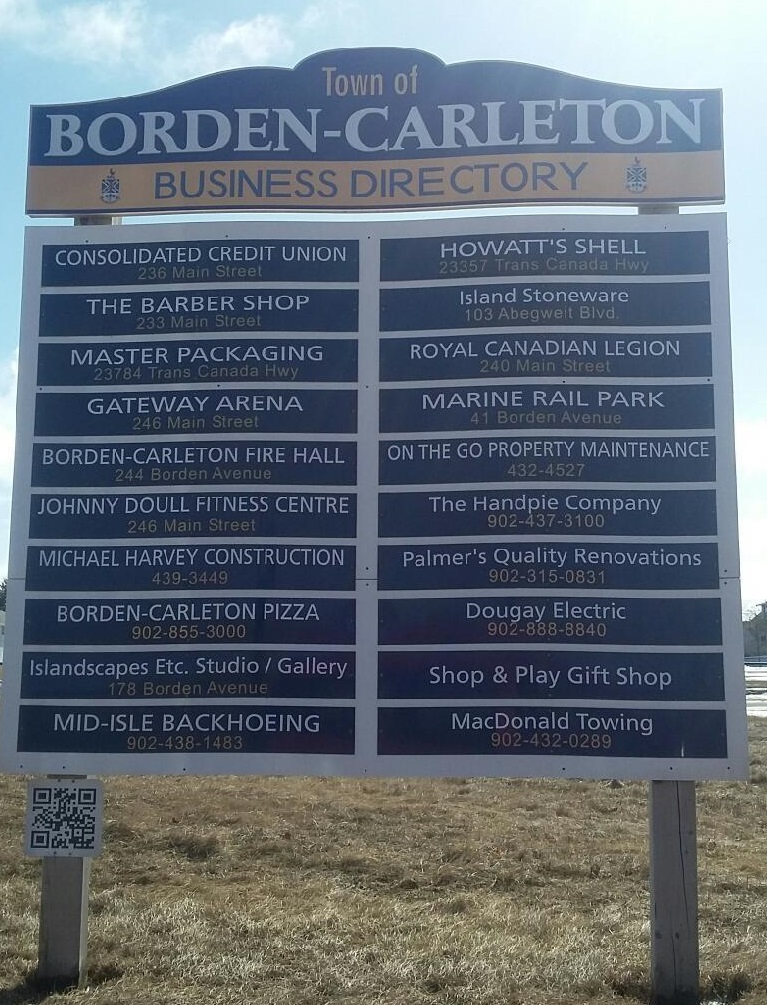 Businesses & Services in the Town of Borden-Carleton